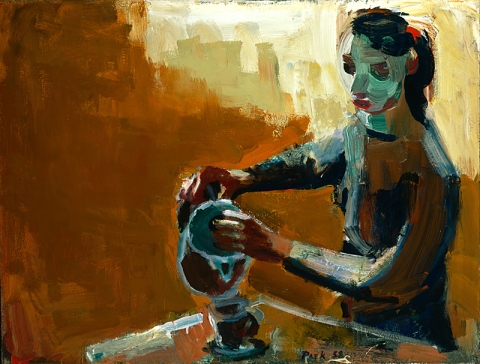 Life devoted eight full pages to the art-world development, paying close attention to the work of Bay Area painters Elmer Bischoff, Paul Wonner, Richard Diebenkorn and David Park, whose featured painting in Life, “Woman with Coffeepot,” offered an unforgettable image: A woman both beautiful and monstrous, whose body was a pastiche of thick, colorful paint strokes that were like bandages on a burn victim. Park, who painted “Woman with Coffeepot” in 1958, was straddling the line between abstraction and representation. The people in Park’s paintings from this period seemed half-finished and even primitive, as if they were a race of human sculptures trying to find form.

You are currently reading A long lost painting comes home at Art Matters.